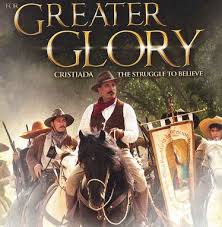 Last night my family and I finally got around to watching For Greater Glory. The movie is based on a true story of the Cristero War (1926-1929) which broke out in Mexico as a result of President Plutarco Elias Calles' harsh enforcement of the Mexican Constitution of 1917 which forbade religious services, the wearing of church vestments, and any display of religious belief etc. The war broke out after a period of peaceful resistance which had not achieved anything, but had only worsened the treatment of the clergy. It came to blows in 1926, beginning the 3 year war which would claim 90,000 lives before its conclusion. Finally in 1929, an agreement between Calles and the Cristeros was reached, mainly because of Papal and U.S intervention. The movie begins in '26 but spans the length of the war, following the individual parts of several different Cristeros, both men and women, who devoted their lives to establish religious freedom during the war and supported it by military and non-military means. Those featured in the movie include Enrique Gorostieta, a former general who joined the Cristeros, Anacleto González Flores, who aided the cause in a non-combat role, José Reyes Vega, a priest who took up arms and fought with Gorostieta, Victoriano "El Catorce" Ramírez and José Luis Sánchez del Río, a fourteen year old boy who joined the Cristeros and was tortured and killed by the Federales (Mexico Federal troops) 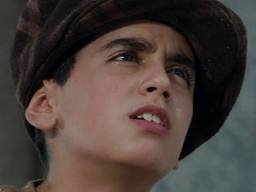 My personal opinion of the movie was that it was absolutely excellent. The plot was great, the actors were superb and the message was beautiful, and also very thought-provoking. Something which made the movie's impression on me even stronger, was the fact that these men really did exist and really did die during the war for their religious beliefs. I was particularly impacted by the faith of José del Rio, the young boy, whose faith was extremely convicting and made me think very seriously about the costs and the glories of following Christ as demonstrated in the events leading up to his death. his sacrifice definitely makes one think about the state of their own faith and wonder if they could be as strong as him when faced with similar trials. 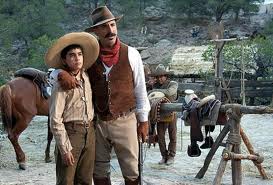 I was impacted by the stories of the other characters as well, but I do not want to spoil anything for those of you who have not seen it yet, so I will only say that they were good too, although Jose's had a greater impact on me.

As to the film as a whole, the music was excellent (but of course, James Horner did it so how could it not be?) and the special effects and screenplay were also very well done. (But then, it was directed by LotR visual effects supervisor Dean Wright, so why wouldn't they be?) For a final rating then, the movie gets 5 out of 5 stars, which means I recommend this movie to all appropriate audiences (it is a rated R movie) and close with: Viva Cristo Rey! 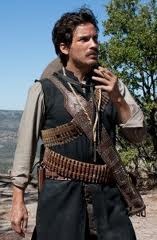 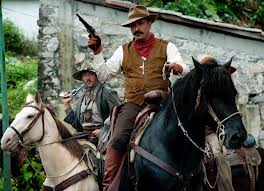